Compared with the traditional car companies and their own input-output ratio comparisons, whether the development of new energy vehicles is the most profitable industry or the most hidden industry remains to be seen. 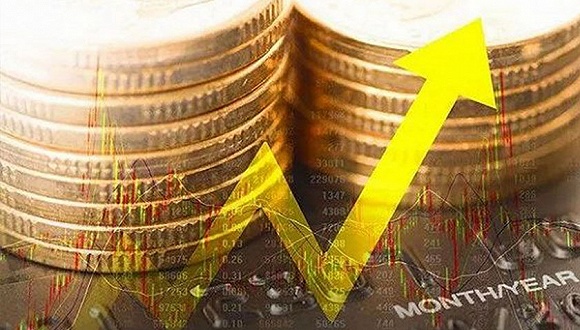 If we look only at the flow of funds, the prospect of new energy vehicle companies absorbing hundreds of billions of dollars can be described as promising. However, compared with the traditional car companies and their own input-output ratio comparison, whether the development of new energy vehicles is the most profitable industry or the industry with the most hidden risks remains to be further observed.

On February 17th, some media pointed out that in the future, new energy vehicles will become one of China's top ten most profitable industries.

Based on this, the macroeconomic field believes that new energy vehicles will become one of the new drivers of China's economic growth. Driven by a large number of new energy auto companies, traditional industrial talents and funds will gradually shift to emerging manufacturing or tertiary industries.

In the eyes of the outside world, new energy vehicles that attract many hot money and talents are described as the most lucrative industries. However, in the eyes of the auto industry, there are still a few question marks behind such arguments: It is worth considering: Can new energy vehicles make money? In the rush of hot money chasing and talent gathering, how many new energy car companies have entered? There in the new energy automotive industry how much risk exist?

How much hot money does the new energy automobile inflow? 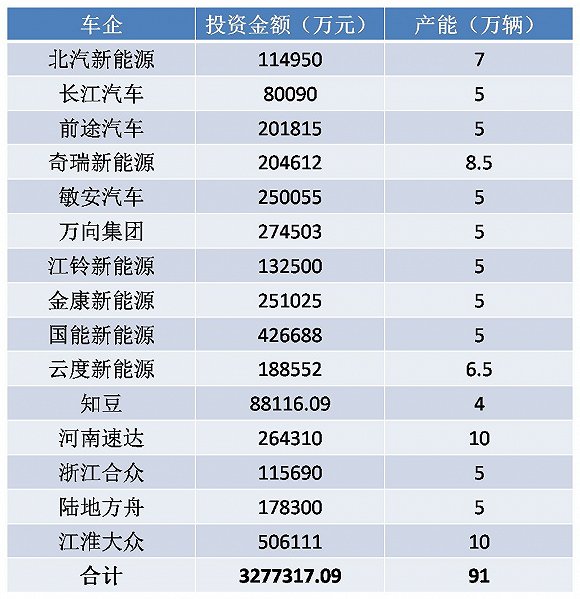 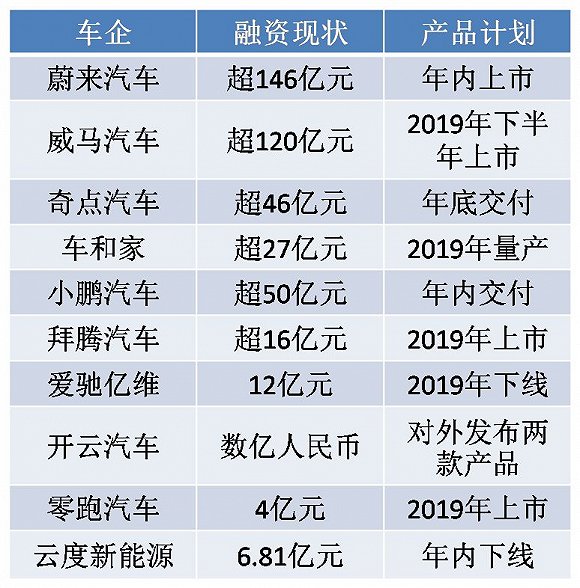 According to media reports, Weilai Automobile has completed five rounds of financing before and after the loan, with a financing amount of over 14.6 billion. Many of them are well-known investors such as Tencent, Jingdong and Baidu. Xiao Pengâ€™s car, which follows Wei Lilai, is also very large in terms of financing. Although the financing scale is not as good as that of Weilai Motor, it has already exceeded RMB 5 billion, and this is just the scale after A+B. In addition, Weimar Automobile Group B raised RMB 6.359 billion in rounds of financing, and Baiteng Auto raised over RMB 1.6 billion.... Looking behind the investors, it is found that these companies are closely related to the well-known BAT, and have become hot money in the field of new energy vehicles. Talent is poured into the biggest part.

To sum up, the newly-entered new energy car companies have risen steadily in terms of their ability to absorb gold despite their various forms of development. For economists, the flow of talent and capital is the direction of economic growth. If we look at this standard, new car manufacturers with qualifications for new energy sources will be able to inject more than one hundred billion yuan in inflows, and new energy vehicles will undoubtedly be added. One of the hottest industries in the future.

With the integration of China into the WTO system into the world economy, the degree of capitalization in the Chinese market has greatly increased. Capital, the biggest stirring factor in the market, has always been very profit-driven. So, why did the capital that has been tumultuous in the financial, insurance, IT, and real estate fields all focus on the new energy vehicle field?

People in the economic field point out that the reason for the shift in investment winds is that the old investment areas are at risk or controlled, so investors will look for new and dynamic industries. In the current context of financial insurance, real estate management, and the urgent need for IT to integrate with industry, the focus of hot money on investing in large-scale, high-yield, and new-born new energy vehicles is a portrayal of the entire shift in capital windwards.

After combing new energy vehicles, new investors have discovered that investors such as Tencent, JD.com, Baidu, etc., investing in Weilai cars, Ali investing in Xiaopeng vehicles, etc., on the surface, are the competition among new energy car companies. In fact, behind them are hidden capitals. The contest.

On the one hand, the capital looks at the prospects for the development of China's new energy industry. On the other hand, there is a deep relationship between capital investment and new energy vehicle enterprises. For example, Xiaopeng, the founder and chairman of Xiaopeng Automobile, once served in Ali; Li Bin and investors such as Tencent have jointly invested in a number of emerging companies such as Mobai in the field of mobile travel; Baidu's investment in Weimar and other companies hopes to land on Baidu's smart Internet and autopilot system... and the capital is easy to understand behind the various relationships. The purpose of investing in these new automobile companies.

Of course, capital that is profit-driven does not depend solely on its origin to determine the direction of capital. Capital's profitability is the most fundamental determinant.

At present, once glorious real estate, insurance, finance, and IT industries in the Chinese market have encountered cold. Real estate regulation, universal insurance management, finance, IT industry structure has been set. Capital is in urgent need of seeking the next investment breakthrough, and the new energy auto industry is exactly in line with the long-term development requirements sought by capital.

Based on this, Ali invested Xiaopeng Automobile to build Ali ecosystem, Tencent Investment Weilai Automobile entered the field of mobile travel, and Baoneng acquired the concept to form a large industrial chain.

The development of the new energy industry is inseparable from the investment in capital. So what is the output of the new car companies so far?

Li Bin, founder of Weilai Automobile, once said publicly: â€œBuilding a car is a matter of burning money, so start-ups who want to build a car need at least 20 billion yuan or more to prepare for it, otherwise donâ€™t think about doing it well.â€ But public opinion points out that The market does not tend to favor anyone who finances more. Whoever can burn the money is the winner. Market risk factors are practical issues that many new automobile companies have to consider.

Second, the increased competition in the new energy market has added many uncertainties to the market. 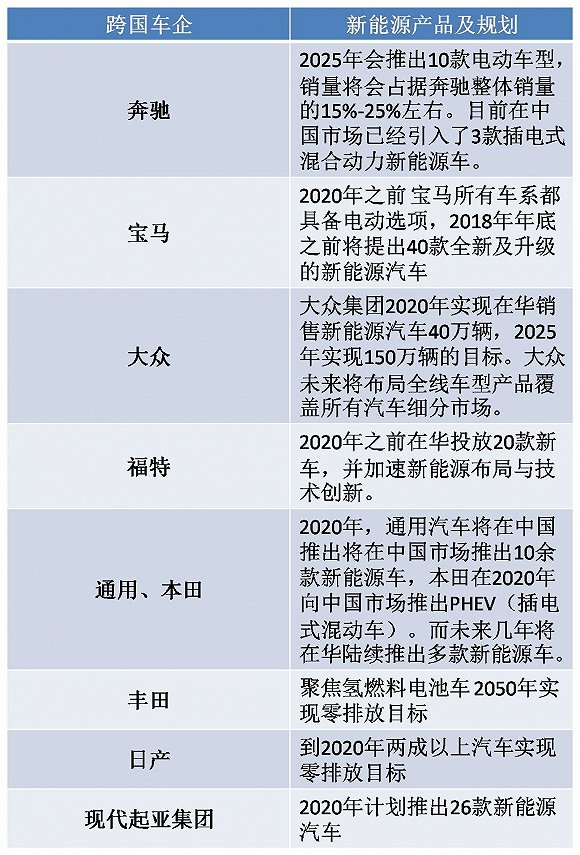 Against this backdrop, major multinational car companies are also pouring in and trying to carve up new energy markets. Volkswagen plans to have 400,000 new energy vehicles in China in the future; Mercedes-Benz is building a new energy vehicle battery joint venture in China; BMW is China established a battery factory. These initiatives show that multinational auto companies have begun to lay out their products in terms of competitiveness, and in the next two to three years, they will all pose significant challenges to the existing new energy markets.

At the same time, with the retreat of the new energy subsidy policy, under the background of market-oriented competition, multinational car companies will inevitably bring a new â€œreshuffleâ€ to the Chinese new energy market structure.

In contrast, the current development results of emerging new energy car enterprises are not optimistic. In addition to the established traditional brand new energy automotive products being put on the market, some newly-launched auto makers, especially new ones for automakers, mostly exist in the concept car and plan for the future. Too low input-output ratio is also a practical problem that cannot be passed.

Taking Weilai Motor Co., Ltd., which has the most financing, as an example, despite its influence on the brand's momentum and brand, it still does not produce streamlined production products under the background of relying on OEMs in the manufacturing process. It is only relying on hand-built trial production. In addition, Weilai Automobile has not disclosed more information in the key sales channels of the automobile. Obviously, the more than 20 billion yuan of financing does not have the result of public opinion.

So what can the 20 billion yuan output in the traditional car system? Taking Geely's CMA platform built in conjunction with Volvo as an example, the platform that was costing 10 billion yuan was built to provide a variety of models for two automotive brands over several years. In contrast, Geely's investment of 10 billion yuan is still less than the number of rounds of financing of new car companies. In view of this, the lack of system makes new car companies have to face the problem of the foundation is not strong, large sums of money are used in Create momentum and not focus on basic development.

Input and output are not proportional, which is a huge hidden danger for capital investment. So why are new car manufacturers so anxious? According to analysts in the investment field, investors need to give capital a story to attract capital. From the current vocalization of new car manufacturers, these conferences or product sales have not yet reached the consumer level, but to give an account of capital.

â€œThe core of a new car company is nothing but capital and industry growth. The BAT faction uses capital in the form of a tug-of-war; Baoneng sends the industry to lengthy, and through the acquisition of a car company, it forms the entire industry of manufacturing, sales, after-sales, and insurance. Chain layout, thus consuming capital.â€ From the experts' point of view, many development ideas of the new automobile manufacturers are currently focusing on hot money. Once the market changes, there will be problems in a certain part of the entire new energy automobile industrial chain, and capital will be very high. There may be tightening or even divestment, which is undoubtedly a lot of money for the new energy manufacturing companies that burn money. Therefore, whether new energy vehicles are the most profitable industry or the industry with the most hidden risks remains to be further observed.